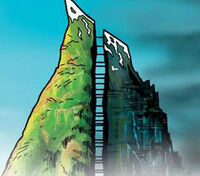 Welcome to the Exo-Force Wiki!
The wiki about all things Exo-Force that anyone can edit

New To Exo-Force? To understand books and storyline better, you may want to start here!

Aged and wise leader of Exo-Force, It was he who first designed Meca One, the robot who later led the rebellion against the human race. It was also Keiken who founded Exo-Force and helped design their first battle machines. For more, see Sensei Keiken

Check out the Movies Section!

Retrieved from "https://exo-force.fandom.com/wiki/Exo-Force_Wiki?oldid=17088"
Community content is available under CC-BY-SA unless otherwise noted.