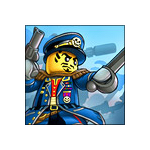 "This is your user page. Please edit this page to tell the community about yourself!" said this page.

And I sat and pondered the page's demand. Should I really let a mere webpage demand information from me? I mean, technically the page is a virtual inanimate object. And inanimate objects can't really demand anything, can they?

To demand implies desire and will. Also impatience or desperation. No matter, this is getting into some weird Turing test area. I mean, this page can't have emotions and will, can it? Is this page somehow alive? Is it somehow intelligent?

Nope. I'm just stalling for time and being philosophical.

"Hello, my name is Shawn, and I'm an adult that collects and plays with children's toys."

"Hello, Shawn." says the rest of you, like some A-A meeting gone horribly awry.

I am a Canadian, which may seem strange to many of you out there. Yes, we do have electricity up here. And hats. I don't know why some Americans believe we don't have hats, that's just plain weird. But back to me and how I relate to this whole wiki.

A year or two before Exo-Force's release, I purchased Lego's Titan XP. My God this is an amazing creation, except for the hands which really need some TLC to be passable. Modded mine to have a functional hand on one arm, a badass cannon on the other, all with using only parts from the set.

Anyways, there was an interesting insert in the instructions, something asking for feedback on the set. So I loaded up that webpage, and let them know what I thought of it. My main gripe was that it was large enough to include a cockpit, but didn't have one. Something Lego lacked was a number of fully fleshed out mecha robot suits that interacted with the minifigures as pilots.

So once 2006 rolled around and I saw Exo-Force, I just had to pick some up.

I started collecting Exo-Force sets back in 2006, and continued through to 2008. I acquired all of the standard releases and the exclusives that were available to me, so really that means I have a complete set of North American releases. Actually, everything except for the Euro Disney polybags.

Still trying to acquire the European Disney Comic promotional polybag sets, though most likely I'll just order the parts themselves and construct the sets.

But I won't stop there, oh no. It may seem strange, but I just need to complete my Exo-Force collection even more. So once that's out of the way, I plan on tracking down the elusive and cancelled 3887's parts list, and then building it. Same with 8116. If I can find more information on Nabii's remote turtle bot that was cancelled before being finalized and getting a set number, I'll get the parts list for that too.

And then I shall build them. Build them ALL!!! MUAHAHAHAHAHAHAHAhahahaha.... And all will be right in my basement for the limited time the entire series will be assembled so I can photograph their awesomeness. And since I can often be childish, I shall both play with them and pose the figures into a glorious battle diarama which shall then be photograped for all the internet to see.

Aside from Lego mecha, I also have a quite large collection of Transformers spanning all the way back to the early 1980s. And a hanful of Nerf weapons.

I am a Steampunk, Dieselpunk, and Cyberpunk enthusiast, as well as an amature novel writer yet to be published.

I'm now partway through constructing the entirety of Exo-Force. 2008's sets are complete, halfway through 2006's and 2007's sets. I'll snap a photo or two.

Also, once I have the instructions for the Jungle Thrasher, I'll do what I can to build that too and include it in my collection.

On my to-do list: get the Jungle Thrasher's instructions; acquire the parts and figures to build the Jungle Thrasher, Turtle Drone, Error Entry, and the other European exclusive polybags. Oh, and finish building all of the retail sets.

Retrieved from "https://exo-force.fandom.com/wiki/User:JediShepp?oldid=17101"
Community content is available under CC-BY-SA unless otherwise noted.